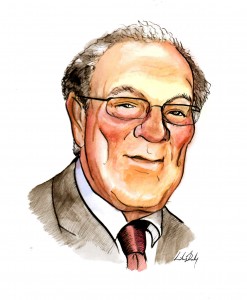 Some words, printed in red in the Christmas edition of the British Medical Journal, caught my attention:

Being at the receiving end of charity can be stigmatising…

And, as everyone knows or by now has accepted as an unassailable orthodoxy, to stigmatise is both morally wrong and disastrous in its effects. Ergo charity is reprehensible and ought to be stamped out, to be replaced by entitlement.

The fear of stigma is, at least in part, what keeps us on a socially acceptable path. It is true that whether this is a good or a bad thing depends on the nature of that path: if the path is itself an evil one, then fear of stigma is a force for evil. But by the same token it can be a force for good.

A world without stigma would be a world in which we cared not a jot for the opinion of our fellows but went our own ways entirely indifferent to what they thought of us. That, surely, would mean that we had stopped being social beings and had become mere conscious atoms instead, with only the law and officialdom to adjudicate between our various manifestations of complete egotism. Such a world would be a bureaucrat’s dream.

In fact, the use of stigma is so deeply embedded in human nature that the idea of extirpating from our hearts and thoughts it is absurd, inconsistent and probably not even honest. If stigma does not attach to one kind of conduct it will attach to another; the person who claims to be against stigmatising is actually more likely to be making a plea that stigma should attach to something other than it now attaches to. If you don’t stigmatise drug addicts, you stigmatise those who stigmatise them, that is to say those who hold them largely responsible for their own actions.

Stigmatisation can of course be wrong, harmful or cruel; but it is high time that we stopped stigmatising stigma itself.