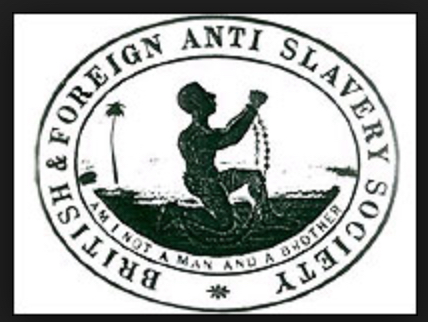 Professor Nigel Biggar, Regius professor of theology at Christ Church, was branded a racist, and bigot by an anti-racist group in Oxford, for daring to question the cultural orthodoxy in academia, with regard to colonialism and the British empire. All he said was that society should take a more nuanced view of the empire, and consider its pros and cons. A perfectly understandable and praiseworthy position.

This isn’t the first time there has been a call to censor any idea which is against the accepted narrative. Professor Bruce Gilley’s paper on colonialism was censored and eventually retracted after the editor of the journal was threatened with physical injury. Historian Niall Ferguson was pilloried by an enraged mob when he challenged Shashi Tharoor’s revisionist history on the exploitation of the Raj.

I have written about it in detail before, for those of you interested, on why Tharoor’s opportunist tome of the British empire is a blot on academia. A thorough counter of those arguments is both unnecessary, repetitive, and outside the scope of this blog post.

But let’s get back to Oxford for the moment. It was refreshing to see Oxford sticking up for Professor Biggar, and it is the right thing to do. So, here, from an Indian researcher based in the UK, and a former subject of the empire, let me say, well done. Don’t give in to bullies of a band of activists with an agenda, masquerading as academics and race relation experts.

Colonialism is of course not a defensible subject, and no one is attempting to do so here. But it is, like any other history, a subject to be treated with a balanced, unbiased approach and historical distance. This idea that colonialism was something uniquely evil is a post-colonial Marxist contribution to history, which became popular around the 1970s. Marxist academics started writing theory laced non-empirical tomes on it, and an entire discipline of post-colonialism went on to dominate Western academe.

If one examines the work of any Western University, and the research that comes out of post-colonial departments, or the people they bring in as guest lecturers there’s a pattern to be observed. They all repeat the same dogmatic arguments of how uniquely evil British empire was. They are also completely untrue.

Not all empires during the colonial era were equally brutal. The Belgian, Dutch and German empires in Africa (Brussels and Berlin, anyone?) were far more brutal than the British, as were the French empires in Asia and North Africa, and that is without even considering the plus points from European empires, like democratic institutions, railways, science, education, the rule of law, technology and creation of equitable social structures.

The British Empire abolished slavery and forced other great powers to do so. Under Viscount Edward Pellew, a joint Anglo-Dutch flotilla shelled the Barbary coastline to stop human trafficking from North African . Sir James Napier helped Indian moderates like Raja Rammohan Roy to abolish the ghastly practice of Sati, or widow burning. The Royal Navy which after Trafalgar, dominated the globe and secured the world’s trade routes from piracy, at the same time committing itself to scientific discoveries, polar expeditions and creating maps of hitherto uncharted seas and oceans, which it distributed to entire humanity, for free, while about the same time half of the world were practicing witchcraft. These are factual statements, and some of these debts remain unpayable.

A comparison of the colonies of the British empire, to those of the Persian, Japanese and Ottoman empires, makes it even more blindingly obvious. Lumping off all empire to a euphemistic story of colonial exploitation is a typical Marxist strategy which absolves the Ottoman, Arab, Persian and even Soviet empires, while focusing on solely the European great powers of the colonial era.

Finally, and more importantly, it is a matter of free speech. Academia isn’t a place for activism. It is a taxpayer-funded place for inquiry and truth-seeking, and the truth isn’t faith, but subject to evidence. To give in to bullies is to ruin this fundamental idea of Enlightenment. It results in propaganda, not objective education. Well done once again, to Oxford for their courage, and following the University of Chicago, defending free speech.

Articles in the Autumn Edition of the magazine out next week.

Editorial.  Two worse candidates for Prime Minster could not be imagined.

Mark Mantel. “Putting Beauty back in her Seat.”

Transgender Madness: Theodore Dalrymple wonders why gender dysphoria attracts so much attention as it affects only .005% of the population.

“On the National Death.”  Myles Harris explains how the left has seized control of the merciless bureaucratic machine that is the NHS.

Craig Milne: How for lack of nuclear power the Greens may cause you to shiver, even to die this winter.

Daryl McCann: On why people smuggling matters, how Australia managed to halt it, but maybe is about to lose control of it again.

Percy Carlyle: How the Conservatives have scrapped marriage.

Being the 40th Anniversary Edition of the Salisbury Review, we publish a selection of articles from going back to 1992. Here are a few.

Merrie Cave. “Making mock of uniforms that guard you while you sleep.” 2016