If anyone doubted the complete destruction of British bourgeois civilisation, he could not find more convincing evidence of it than by travelling from Calais to Folkestone on the Eurostar. The vast majority of people taking it with their cars are British, of course; and they are not a pretty sight or a grateful sound. They are, by definition, not poor; … [Read on]

In Samuel Butler’s satire, Erewhon, crime was illness and illness was criminal. In at least one small respect we have taken the book as a model and put it into practice. While in our hospitals nurses are enjoined to address patients, however old and venerable, by their first names, or even by diminutives of their first names, in our prisons … [Read on] 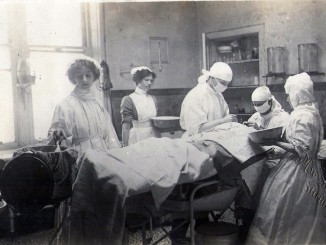 The Times of 29 January led with a story about National Health Service managers who received large redundancy payments and then found employment in the service immediately afterwards. The article was at pains to point out that the individuals involved had done nothing illegal, without fully grasping that it was the very legality of the proceedings that was their most … [Read on]

‘I cannot fiddle but I can make a great state out of a little city.’ Themistocles. Ferocious protests from the Left greeted the appearance of the Salisbury Review in 1982. Fury erupted at the audacity of publishing a journal which not only challenged the Left’s ‘smelly little orthodoxies’, but did so with intellectual brilliance and panache. High intelligence could never, … [Read on]